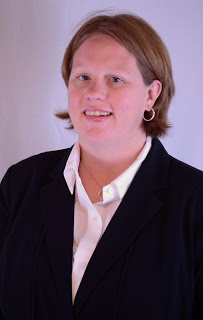 At Women in Manufacturing, we are committed to supporting women in the manufacturing sector. We firmly believe that mentorship and community-building will help attract and retain women in manufacturing. As part of our mission, we feature on our blog the stories of women we admire who are currently working in manufacturing. The following is the latest installment of our "Hear Her Story" series.

Please tell our readers a little bit about your job and what your work looks like every day.

I am currently the manufacturing engineer for our three AGCO assembly centers and production supervisor for our Edgewood facility. My day begins with lining out the team with their daily build and adjusting according to headcount. I also run reports for all three sites to know how they did the day before. Most of my day is filled with keeping the team focused as well as backfilling with documentation and standardization for the three locations. I am definitely not bored in this position!

How did you arrive at your current position? What attracted you to a career in manufacturing?

I received my degree in Chemical Engineering. During my studies, I had the opportunity to intern with several manufacturing companies. I worked I was working as the machine shop supervisor in our Beloit facility when this position opened up. I was eager to try an engineering role and see a new part of the country. We moved to Pennsylvania about a year ago and in April I was asked to take on the supervisor role. It has been very educational as far as learning a new side of the business. It is very different from what I was doing in Beloit.

I grew up in Michigan, where manufacturing is everywhere. I became attracted to manufacturing when I realized that I could make a lot more money in manufacturing than I could by working in a restaurant. I was hooked when I found out about all the different career opportunities. Seeing a finished product, and knowing that I built it, made me realize that manufacturing is the right fit for me.

I have been refuting these stereotypes throughout my entire career. At my first job, I was the first and only female to complete the Millwright apprenticeship program. It was very tough in the beginning, because when I started I literally did not know the difference between an Allen wrench and an adjustable wrench. Once the guys I worked with realized I wasn’t going anywhere, they really helped me out. I think the skills I learned during that experience really gave me the foundation for my path.

At my next job, I was given the opportunity to be on the front end of relocating a facility from Tallahassee to Kansas City. I was responsible for hiring a whole new team and training them, setting up the inventory and work stations, and ensuring our products were shipped out on time.  And to add some pressure, I was 6 months pregnant when we started this project, so the window for success was pretty small. There was definitely some negativity about whether or not I could pull it off in such a short period of time. To overcome this, I was putting in long hours, working (waddling) side-by-side with my team all the way. We ended up shipping a week early and my team was very successful while I was out on maternity leave.

The last example I have was when I worked in our Beloit facility. I was the first female floor supervisor in that plant. I was in charge of several men that could have been my father and they had always worked there. There was a lot of discussion about whether a woman could or should be in charge of a machine shop. To overcome this, I learned how to run some of the equipment and then I would ask for input from the operators before making decisions that would affect them. It was rough in the beginning, but by the time I was promoted to my current position, our department was running much more efficiently than when I had started. My overall view on stereotypes is to not look at a job as a “man’s” or “woman’s”. Look at it like it’s a job, and if you want to do it, then do it. Who cares what people say, once they realize you are doing the job and doing it well, they will back off.

Research shows that women, especially women in STEM fields, do better if they have a mentor. Has mentorship played any role in your career?

Mentorship is HUGE for me. I would not be where I am today without strong mentors. These were the people that were not afraid to tell me the truth no matter how I would take it. All of the journeymen who worked with me during my first job helped give me thick skin and guided me on how to get a job done. At my second job, my plant manager took me under his wing and taught me the beginning steps to supervision and team building. At my current role, AGWN has connected me with my sponsor/mentor who has guided me through some new experiences associated with a different position. On a personal level, I have people that help keep me in check when I feel l may be going astray. It is about surrounding yourself with supporters that are going to champion you through your experiences, while giving you honest feedback to keep you on track.

One of the key findings in WiM’s survey is that there is significant overlap between what young women want in careers and the attributes of careers in manufacturing today. But the survey also found that, too often, young women are not aware of the opportunities available in manufacturing. What do you think can be done to spread the word to women about career options in modern manufacturing?

We all need to get out there and spread the word. I am focusing on school age kids. I think if we can make them curious at a younger age, the STEM initiatives that are being put in place will have a greater impact when kids are ready to participate. I use social media to help keep it in front of all the people I know and I am willing to talk to anyone who will listen. We need action from everyone to give this movement some steam.

Absolutely.  I have had the opportunity to work for some amazing companies all over the United States (Pennsylvania is state #4).  I have also had the opportunity to travel to China for my job and there is potential to visit other countries. Manufacturing can give you a career where you will never be bored and you can have the chance to travel to just about anywhere you can think of. It is very satisfying to know that you are building something that is helping people. Right now, I am building farm equipment. I get to go home every night knowing that I helped a farmer feed the world. That is just cool.

More Than 1,000 Attendees Cultivated their Community and Connections at SUMMIT 2022 October 19, 2022 by Jackie Bloom What It Means to Me: Hear from WiM Hall of Fame Inductees September 2, 2022 The HERizon 5K Brings Success Within Reach September 1, 2022 by Jennifer Kopf WiM Announces HERizon 5K Race to Support Training and Education Opportunities for Women in Industry August 18, 2022 Principal Insights: What Does it Really Cost to Add More Employee Benefits? August 12, 2022
×