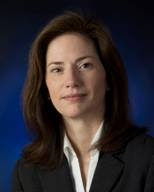 We are happy to announce that, last month, WiM board member Diana Bolt Perreiah was promoted to president of Alcoa Building and Construction Systems (BCS).

Diana has served as the leader of BCS North America since 2010 and has been responsible for the company’s operations, sales and product development in North America, including the integration of the Traco acquisition.

During her 28-year career with Alcoa, Diana has held a series of increasingly responsible leadership roles in Alcoa’s Global Packaging and Extrusions businesses as well as managing the consolidation of Alcoa’s North American Information Services and an assignment with Alcoa’s Operations Management Consulting team.

Last year, the Manufacturing Institute selected Diana for a Women in Manufacturing STEP (Science, Technology, Engineering and Production) Award, which recognizes women who have demonstrated excellence and leadership in their manufacturing careers.

Diana replaces Glen Morrison in the role of president of Alcoa BCS. Glen has accepted a position to lead a North American subsidiary of Tarkett.

We extend our sincerest congratulations to Diana and celebrate her as a role model for women in the manufacturing sector today. We look forward to continuing to work with her and with Alcoa, a sponsor of the upcoming 2015 WiM SUMMIT.

Women in Manufacturing: Are You Investing in the Other 50 Percent?June 11, 2015 Ashley Martof, Workforce and Educational Outreach Intern at America MakesJune 3, 2015